130 countries of the world which total up to 90% of the global GDP, have agreed upon a landmark policy implementation. They have agreed to back up the American proposal to charge a global minimum corporate tax rate @ 15%, on the overseas income of multinational companies. The deal now will be discussed by the Group of 20 countries at meetings later this year in hopes of finishing the details in October and implementing the agreement in 2023.

One of the most popular ways of doing it is by registering intangible assets strategically. The multinational transfers its intangible assets (such as trademarks or copyright to its subsidiary in the low tax country, and then pays royalties to them to use these assets. Royalties are a cost to the parent company and artificially lowers its profit, increasing the less-taxed profit of its subsidiary.

This is largely done by ecommerce industries who earn profits through online businesses but may have no physical presence. Under the deal, countries could tax their companies’ foreign earnings if they go untaxed through subsidiaries in other countries. That would remove the incentive to use accounting and legal schemes to shift profits to low-rate countries since the profits would be taxed at home anyway.

Global minimum tax is the answer to such tactics. Governments could still set whatever local corporate tax rate they want, but if companies pay lower rates in a particular country, their home governments could “top-up” their taxes to the minimum rate, eliminating the advantage of shifting profits.

How does this affect India? Since the minimum tax of 15% is aimed at corporates that operate and show profits in zero or low-tax countries, India or companies operating in India will not be affected in a major way. Though Finance Minister Nirmala Sitharaman in September 2019 announced a cut in corporate taxes to 22% for domestic companies and 15% for newly incorporated manufacturing companies, the tax rate is equal to or higher than the global minimum tax.

The cut in taxes brought India’s corporate tax on par with the Asian average. Hence, foreign companies operating in India will not be affected as these companies are already paying taxes as expected by the G-7 countries and do not experience major benefits by showing profits in India. 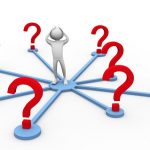 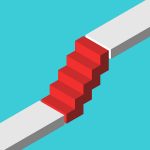