Since 2020, CFA institute has taken all measures possible to conduct CFA exams in an effective manner. All the steps taken aligned with its intention to give a fair chance to everyone in pursuing the charter. With constant evaluation they have also tried to eradicate every repercussion that the decision has caused. Further in this direction the CFA institute had recently come up with an adjustment.

Along with this, a CFA level 2 exam window will be added in November. So students will now have the opportunity to attempt CFA level 2 thrice in a year.

All steps taken are to reap maximum benefits of the computer based testing and giving every candidate a fair chance to attain the charter. So mark the new dates on your calendar and brace yourself for the exams. 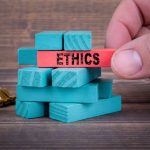 Importance of Ethics in CFA